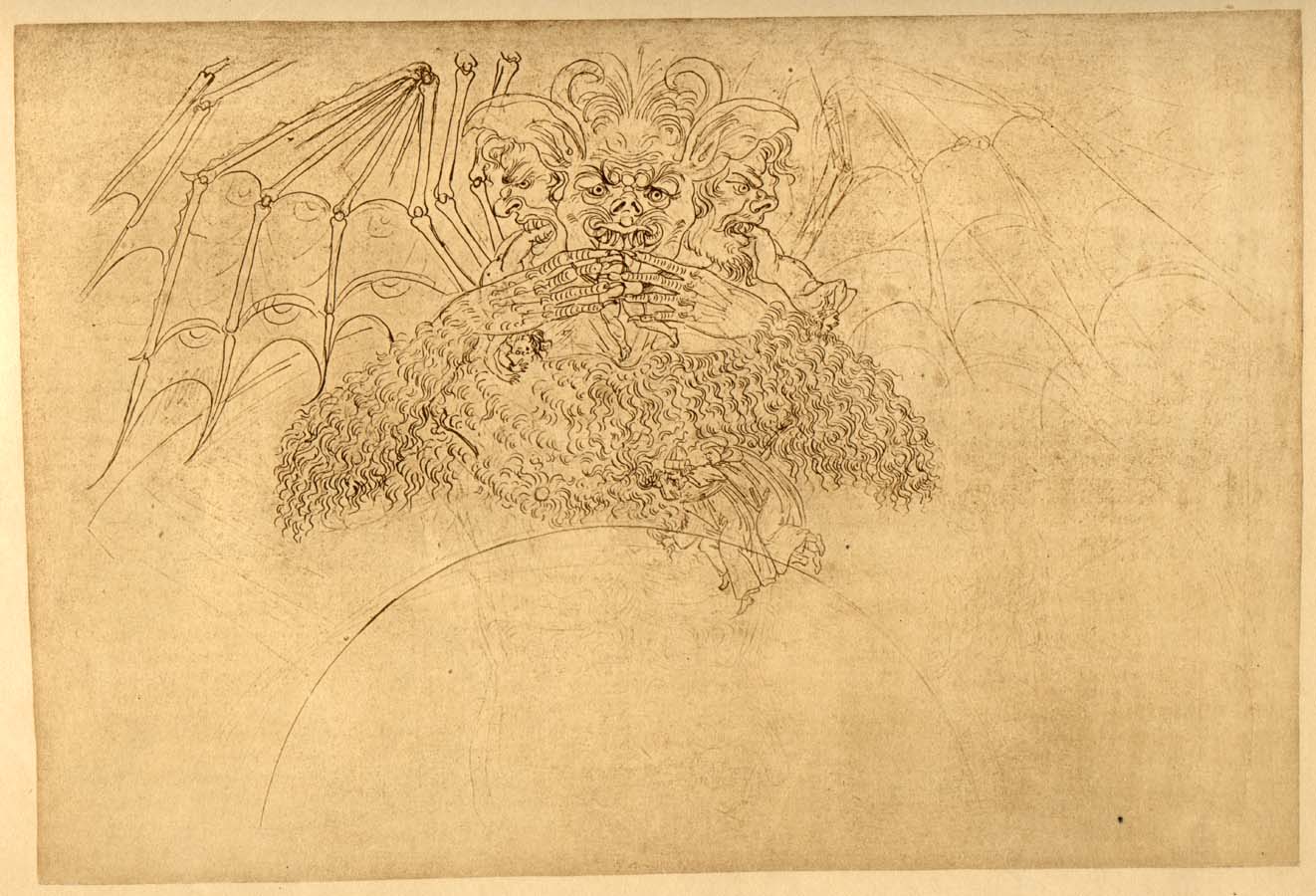 some notes and thoughts on Botticelli’s Lucifer as a report on Dante’s status at the end of this first stage of the spiritual journey.

As the Stygian realms of the underworld are penetrated by the spiral path, this intimacy with trauma generates the first waves of inhumanism in its traversing of interlocking rings of purifying, zones of annihilative unity. This inhumanism, far from being monstrous, however, diagrams the new multi-angle perspective spawned from this intimacy - humanism cannot survive the annihilation of self into a collective that includes all beings, and so shifts to existentialism. Existentialism folds under the weight of the direct experience of non-existence in mors mystica, and the entity that crosses this hedgerow is never again quite able to limit their identity to the inside of the human-animal perspective - Reza's inhumanism emerges as the posthuman identity that aligns purpose with the All, the One, the Spinozan Nature, the Buddhist conception of Mind, the collective unconscious, the "Gaian mind", this autonomy of Reason. As Dante comes to the center of the inferno his point of view progressively aligns with Lucifer’s, as the witness to divine justice is overlaid on the mechanism of this justice - the positioning of Lucifer in the center of the spiral gives the panopticon view of this unfolding circular/labyrinthine horror of Time, the view that must bear witness to the Real to grow wings sewn from Indra’s net. The alchemical metaphor of the Stone is laid upon the blacksmith's anvil, forged and shaped under tectonic pressures, alive in hellfire. This panopticon “god-like” view sparked from aligning self with all suffering inverts the Narcissus-like stasis of the spera, the central sphere, the mirror of the inferno - allowing an escape from hellish suffering found by penetrating through its core in an act of pure identification with the negative, or the self-overcoming of the central void of nihilism by integrating its nihilatory function into the self. This integration is the result of allowing the self to be annihilated, and being present and aware for the natural neural/mental reconstruction of the unified, unihilified, consciousness that has now a sense-able memory record of having free existence excised, taken from it, along with all closeness to the oppressed that this particular variety of trauma entails. The mirror maze is the purifying snow-white fire of the boundary between inferno and purgatorio, the mirrored-sphere of ice that prevents Lucifer from successfully ascending - because the way out is not up but further down.
at 5:19 PM