Fundamental Bleakness of the Middle Way 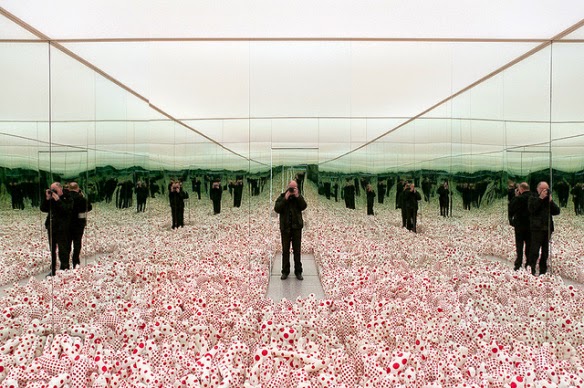 Time is not a flat circle. Time is a decaying sine wave spiraling out. As such it implies a beginning and an end. What it does not postulate is that there is and will be only one sound, or even one sound at a time; nor does it admit of an easily definable moment of decay-completion. Zeno finally has his say in the dying waveform of deep-space transmission. A poisonous ritual calculus of inversings and negativity guides me to the brink of my own dead planet with universal mapping patterns designed to flow the way, but I turn around and miss every exit because being alone is the bleakest bleaking part of bleakness, and I can't seem to make that cut, nor do I particularly want to. My strange loop is definitively alone, a floating head in bleakspace. The part of me that can't be satisfied with purely electronic communication has its say in the part of me that attempts to drag others along for the show, and my willingness to abandon them for the cause when they prove unwilling or unable to see a value in whatever it is I am doing proves my fallibility in this respect. I may never be right, but I know wrong when I see what it drags behind, what its gravity collects. I may not yet have answers, but my questions get sharper in Real Time as humans systematically apply every answer extant to a problem for which no proper question has yet been asked. Our tenacity in gripping a plane of abstraction that exists primarily as hallucination is a benchmark of success for those that have never witnessed the visceral prying apart of the illusion. The blind, black, and infinite scream out from behind every true veil rent HOWEVER it is rent, and the loss of false optimism AND false pessimism is so devastating when the Truth is Told, as to render the subject unrecognizable. These acts of fundamental annihilation generate such a fear in the unsoiled that governments and laws and religious codes spring up like wildflowers in their wake, to guard against the possibility of a legitimate second coming. To say "I choose to turn my consciousness off." is too radical to be allowed, and to say "I choose to use my consciousness for what it COULD be, rather than what it has become." is too radical to be taken seriously. But to see the two statements as the same thing?

I get no respite in my unlocking of any logics, every minute discovery introduces a new tumbler to pick, without fail, eternally. One would eventually get tired of lockpicking if all of life were locks, you say...but not if you are a locksmith, a thief, an engineer, a code-breaking detective-philosopher, a librarian, a mathematician, a mysterian, a seeker beyond the threshold, a professional fucking UNLOCKER. There is no radical connectedness in going behind the door: the alienation and illimitability DRIVES IT. "We are one" is for the hippie that did not go far enough to see we are NO ONE, ALL OF US.

[I know I should not speak like this. What a waste to spend your time reasoning about the impossibility of one day sticking the hook in and indexing some little part of reality that, Tetris-like, delivers temporary respite. Only, of course, here comes more bricks. As I feel, always in my very bones, what I know is coming, the far-off end (it is never close enough), bleak theory morphs into even and ever bleaker theory, sometimes just bleak, once bleaker than black, but now bleaker than bleak. -PJ Bleak Bleaker than Bleak]