I'll probably get in trouble for this, but who cares. This is a draft (still needs lots of editing/endnotes etc) for an upcoming chapter in "Damned Facts: Fortean Approaches to the Study of Religion" due out sometime this winter on Aporetic. If you read this, give me some feedback.
EDIT 10/20/15: Almost done, cleaned up plus endnotes. 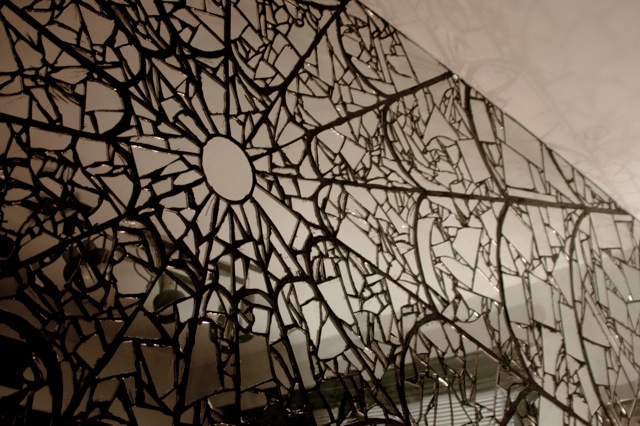 Subtlety grates upon the nerves, yet everything is driven by an immense crudity: death impassions us. Even before crossing over into death I had been excruciated upon my thirst for it. I accept that my case is in some respects aberrant, but what skewers me upon zero is an aberration inextricable from truth. To be parsimonious in one’s love for death is not to understand. -Nick Land, Thirst for Annihilation1 This essay will likely seem serpentine, obscure, and repetitive, as I attempt to tie various speculations together that are, at the end of the day, just that - speculations. The reason I persist despite this limitation is that I believe the tools and technology exist and have always existed to plumb this particular depth in order to prove these theories right or wrong - my conjecture is that the potential is universal, though time will tell or it won’t. Perhaps it will spark anyone else to consider the possibilities contained herein and not be daunted by the solemnity and ghoulishness of Nothing! I am not the first to have foreseen an end to blind threading of the weave of world-space. I am not the first to "gaze long into the Abyss"2, nor am I the first to discover that our personal abysses can reflect the individuated Self. I am not the first to unwind and add my own Ariadne's thread through this intimate enfolding of Trauma and Time. I am not the first to attempt an Escape from this Mirror Maze, nor the first to theorize a mechanism for its navigation. I am not the first to swim up out of the hedgerow labyrinth into the ocean of Void. Nor am I the first to have brought back a vision of our underworld from the perspective of this "positive death at zero-intensity"3: a vision of infinitely multifold reflecting crystalline geometries hung on silver string in the aether. Like hyperconnected wireframe constellations, each node a virtual mirror - pages in books on shelves in the infinite librarynth of Self. To update Nietzsche: I have a multiplicity of precursors, and what a unity these precursors construct!4 No less than proof that the simulation of external reality by mind can be turned off completely or simulated as such, that this deactivation exposes details of future states, and that all recorded memory states are experienced simultaneously within this form of pure consciousness, modulated by incoming sensory input. Mors mystica - the experiencing of the Real in real time - exposes and forces a visualization of the calculatory procedures undertaken by the brain. “Simplicity. Lord, I do admire their direct approach. Hit an old man with mirrors, watch his pieces fall in jigsaws of ice.” -Something Wicked This Way Comes, Ray Bradbury5In my initial cartography of this concept I’ve taken to calling the Mirror Maze, I shall be paying a special notice to three primary points: an eclectic assortment of those who have went before, the nature of the intersections of these web-threads, and the layout, construction, and navigation of the labyrinth - the Prophets, the Mirrors, and the Maze. My narrative began some months before the writing of this, late one night watching the Disney adaptation of Bradbury's Something Wicked This Way Comes, I was struck suddenly by the remarkable similarity between the mirror maze scene and a half-remembered passage from Athanasius' biography of St Anthony: He observed that in saying "today," he was not counting time that has passed but was always laying a foundation, endeavoring each day to stand before God and to attain an acceptable form in order to appear before God pure in heart and prepared to obey his will alone, and no other. And he used to tell himself from the way of life of the great Elijah that it was necessary for ascetics at all times to know their own lives, as in a mirror. -Antony the Great, Athanasius6 A psilocybin mushroom experience from months past in which I had perceived all memory laid out before me contained in seemingly-infinite, infinitely nested hierarchies and arrays of mirrors, mirrors that contained the seeds of future choices and linked by equally infinite spiderweb-thin strings extending back in time past my own beginning into Deep Time and on into Nothing, suddenly made a different kind of sense. A sudden realization of labyrinthine reflexivity, a synchronic reflection on so many past selves - dead but clearly unburied. Parts of this strange multilevel "past" were being constantly simulated and resimulated within the mind, these looping traps seeming to distort and bend the vanguard edge of creation back toward them, preventing the full range of forward motions. Sitting alone in the dark watching an old man drown in a mirror reflecting his greatest regrets, my vision went geometric and geomorphic and I began to weep while actively hallucinating. Self-reflection was enveloped by void-thoughts and shattered across a broken-mirrored wall. I saw my Death pirouetting in the reflective surface before I reflexively shook my head and snapped out of it in time for the credits to roll. 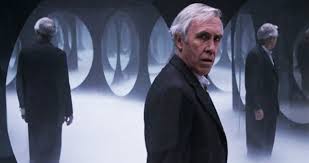 Something Wicked This Way Comes, Disney 1983 Re-struck by this strange-mirroring petit mors mystica, through a glass darkly, and recalling that nearly every mystical tradition made some use of the archetypes of the mirror, I began a scattershot approach to research that led me to a contused refracturing of viewpoint and attention span, overwhelmed by the chaos and brightness -the dripping intensity- of the mystical fascination with mirrors and reflection. In an attempt to re-focus my lens, as it were, I re-visited the movie that had generated this vision in the first place only to find that earlier in the film the carnival flyers Dark distributes through the town refer to the mirror maze as 'St. Anthony's Temptation.' A constellation began to coalesce out of the fog. While reflecting on Anthony, I was confronted immediately with a new mirroring, that of the visions of peaceful and wrathful deities of the Tibetan Book of the Dead and his visions, his 'Temptations.' This analogy transmutes righteous demonic combat into the struggle to overcome desire and attachment, linguistically refracting categories to remodel old wiring diagrams that re-express new purposes for old models and building a moving frame for a mobile interpretation of selflessness. In this ontological re-framing of ascetic repetition, Antony's meditation techniques mirror a yoga entrained on Death, as contortions of the mind and the contortions of the meat are trained to reflect each other with luminous precision - in his case a profound physical, mental, and emotional isolation in places such as crypts for extremely long periods of time. This asceticism and its resultant records mirror John Lilly's findings that such isolation "gives the fullest and most complete experiences of the internal explorations."8 But only the moon looked in at the hollow dark, the deep caverns. Outside, night beasts hung in midgallop on a carousel. Beyond lay fathoms of Mirror Maze which housed a multifold series of empty vanities one wave on another, still, serene, silvered with age, white with time. Any shadow, at the entrance, might stir reverberations the colour of fright, unravel deep-buried moons. If a man stood here would he see himself unfolded away a billion times to eternity? Would a billion images look back, each face and the face after and the face after that old, older, oldest? Would he find himself lost in a fine dust away off deep down there, not fifty but sixty, not sixty but seventy, not seventy but eighty, ninety, ninety-nine years old? The maze did not ask. The maze did not tell. -Ray Bradbury, SW9In this way the mirror is related to vajrayana, the reflective prismatic "diamond" vehicle of enlightenment - this self-reflective vehicle providing a second axis of reflection on the ascetic's call to "know their own lives as in a mirror." The Diamond Sutra, a foundational text of vajrayana practice, is a short burst of directed anti-illusion ritual, a repetitive reminding of the interlocking shape of all things underlying the illusory world of differentiated names, the world of language - referencing constantly the nature of perception and communication as easily subverted by limiting forces such as language, myth, and the self-deception that anchors the individualized self-conception. "I have seen the interconnectedness of all lifeforms. Once you become aware of this force for unity in life...you can't ever forget it. It becomes part of everything you do." -John Coltrane10 This illusion of disconnection segues into the concept of labyrinth, an oft-utilized metaphor for being lost in the hyper-intricate sum total of self and life. Both Mirror and Maze were often brought together in the work of Jorge Luis Borges, notably in the short story Library of Babel. Not only describing a functionally infinite librarynth with a crystalline structure complete with mirrors which the author "prefer[s] to dream that its polished surfaces represent and promise the infinite"11, Borges also writes "The mystics claim that their ecstasy reveals to them a circular chamber containing a great circular book, whose spine is continuous and which follows the complete circle of the walls; but their testimony is suspect; their words, obscure. This cyclical book is God. Let it suffice now for me to repeat the classic dictum: The Library is a sphere whose exact center is any one of its hexagons and whose circumference is inaccessible."12  Within the crystalline recording reflective structure of reality, the acknowledgement of zero as infinite and interpenetrating, of Zero as God.
Virtual Mirrors
In the image titled 'Infinity' William S. Burroughs used a system of mirror and collage to combine every photograph he had thus far taken into one image, crystallizing Time in a richly resonant, recursive, mirror-mandala and providing him with access to his "memories" in a geometrically compressed supersymmetrical fashion. Recalling a book with several essays on WSB, I noticed that the title of one was Virtual Mirrors in Solid Time and was shocked to see someone else's work wyrdly prereflecting some of my own. 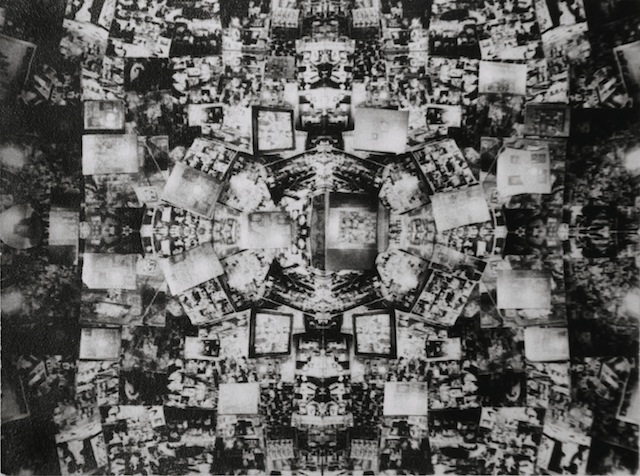 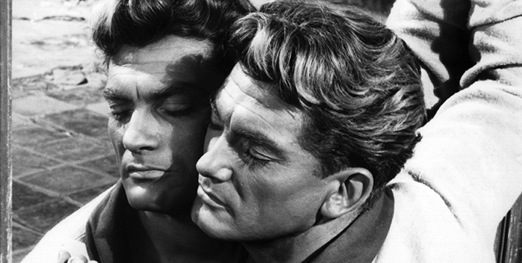 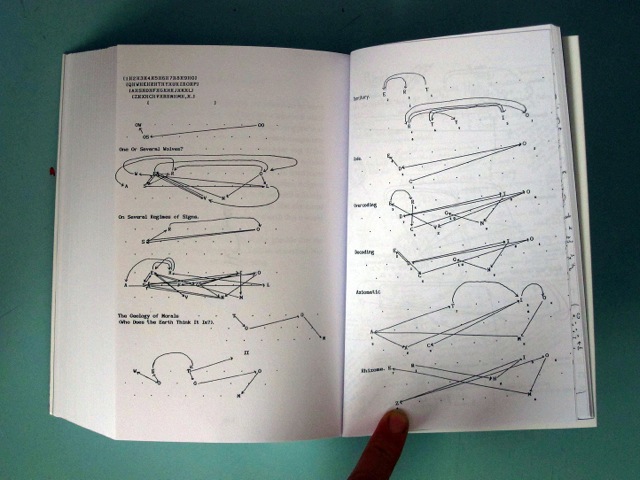 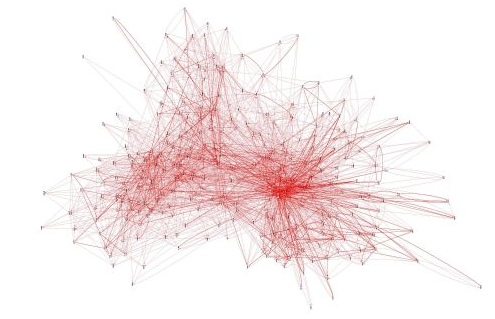 2: Nietzsche, Beyond Good and Evil - Aphorism 146 (London: Penguin, 2003). This fragile lacework narrative must necessarily be limited by page constraints. Though it forms from a constructive unfolding web of disciplined retracings of steps, it has proven to be a particularly complex journey and will be plagued by speculation as long as the exploration of inner worlds continues to be considered outside the purview of the hard sciences (not to mention, in the case of psychedelics, the law).

4: Nietzsche, Postcard to Franz Overbeck, Sils-Maria (30 July 1881) as translated by Walter Kaufmann in The Portable Nietzsche (London: Penguin, 1954).  "I have a precursor, and what a precursor!" referencing Spinoza.

13: Karmen MacKendrick, “The Voice of the Mirror: Strange Address in Hildegard of Bingen” in “The Mystical Text (Black Clouds Course Through Me Unending…),” eds. Nicola Masciandaro and Eugene Thacker, special issue, Glossator: Practice and Theory of the Commentary 7 (2010), 212.

35: Timothy Leary, Richard Alpert, Ralph Metzner, The Psychedelic Experience: a Manual based on the Tibetan Book of the Dead. http://www.holybooks.com/wp-content/uploads/Timothy-Leary-The-Psychedelic-Experience-The-Tibetan-Book-Of-The-Dead.pdf (1964), 26.